To support your business during this challenging time, we are extending our 14-day free trial period to 30 days to all new customers. Click here to get started.

How One Boutique Attributes Half of Facebook Sales to Their Group

In 2013, two college juniors, Laura and Autumn, formed Flaunt Boutique as a way to give their friends and family affordable and quality jewelry. Since then, they have expanded their inventory to include clothing, shoes, and accessories to serve their tens of thousands of fans across multiple selling channels.

In the beginning, they sold through social media channels, Instagram and Facebook. The most notable one, however, is their Facebook Group, Flaunt Last Call. The boutique makes up a whopping 50% of their total Facebook sales through the group.

With comment selling in their arsenal, they’ve been able to make $10,000 on a single post within it. Here’s how they boosted their success with the help of their group.

When Laura and Autumn began to use their Facebook Group, they used it as a means to bypass the drawbacks of both Instagram and Facebook. Instagram’s feed ranking reduced reach and did not provide the means to a clear communication channel. With Facebook, they were also struggling to guarantee that all their followers saw their posts. Facebook Pages could be viewed by many if boosted by ad spending.

However, Facebook Groups ensure that their posts are shown organically. As a result of opening Flaunt Last Call, these posts gained more attention and interaction, making it the ideal channel to publish sales posts.

Once establishing the group, they built up their numbers with incentives to join. Laura and Autumn would email their customers, encouraging them to join for exclusives, promotion codes, and discounts. Since many are on Facebook daily, this provided a whole new level of recognition for the boutique.

“Our customers will see everything and be notified of everything we post [in the group],” said Laura. “It’s also a better line of communication with customers because they are able to tag us directly if they have any questions.”

Flaunt Last Call has a dedicated schedule for flash sale items and coupon codes. These are regularly posted three times a week. Near the end of the season, customers can expect these discounts to hit even more frequently as they clear out old inventory.

“We have seen really great success so far. It seems like anything we post on there sells out quickly,” says Laura. That comes as no surprise seeing that the group has thousands of members and many active posts. Filled to the brim with irresistible deals and posts that contain thousands of comments, the group has reached shockingly high levels of engagement that has contributed to their massive success.

This recent 16 second video racked up 500+ comments and 200+ likes within their group.

Laura’s advice to other sellers is to be clear with your objective of opening such a group. “I would suggest that the store has a clear vision of what they want their group to look like versus their current way of selling,” she said, adding that stores should distinguish between adding it as a way to provide discounts or as their main way of selling goods. “That way the customer doesn’t get confused between the two.”

Since forming the group, Autumn and Laura have opened up other selling channels to supplement sales in their group. They now have a website and an app you can find on both iTunes and Google Play. 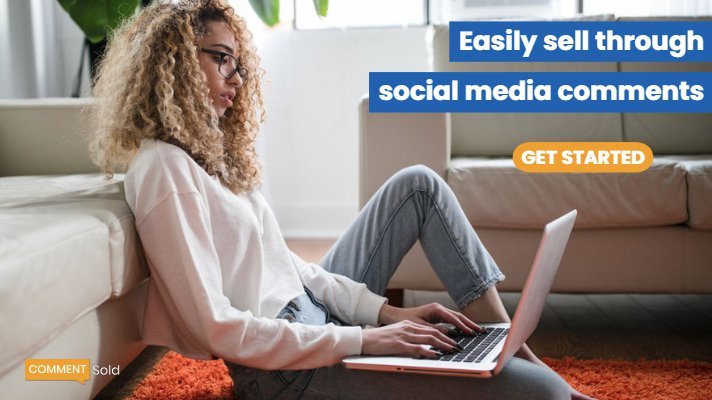 Access the presentation from our CEO's exclusive keynote speech on the State of Live Sales and common social commerce misconceptions.